Racial whitening, or “whitening” (branqueamento), is an ideology that was widely accepted in Brazil between 1889 and 1914, as the solution to the “Negro problem.” However, racial whitening specific to Brazil also encompasses the perception of individuals as being white in relation to their position in the class system. Supporters of the Whitening ideology believed that the Negro race would advance culturally and genetically, or even disappear totally, within several generations of mixed breeding between white people and black people. 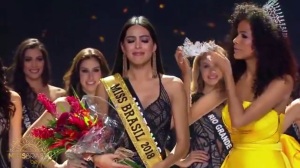 Around the late 1920s, scientific racism gave way to environmentalist theories. Gilberto Freyre, a student of anthropologist Franz Boas, was a prominent figure of the conversion. Gilberto Freyre praised interracial partnerships and mating that occurred among the Brazilian population, because they popularized the notion that Brazil was a Racial democracy. Rather than seeing interracial mating as an attempt to whiten blood, he saw it as the foundation of Brazilian culture, interpreting it as evidence that Brazil lacked racial relations conflict This ideology gained its support from two scientific racism beliefs that were prominent during this time. One being social Darwinism, which applied Darwin’s theory of natural selection to a society or race, and the other being Aryanism, the belief that the “white” “Aryan” race was superior to all other cultures. By combining these two ideas, the white elites of the time believed that because “white” blood was superior it would inevitably “whiten” the inferior races’ blood.
There seems to be no easy explanation of why slaves were not employed as wage workers at the abolition of slavery. One possibility is the influence of race-based ideas from the second half of the 19th century and early 20th century, which were based in the pseudo-scientific belief of the superiority of the “White race”. On the other hand, Brazilian latifundiaries had been using slave manpower for centuries, with no complaints about the quality of this workforce, and there were not important changes in Brazilian economy or work processes that could 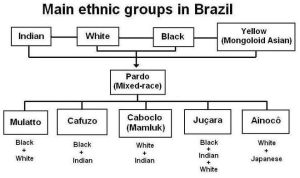 justify such sudden preoccupation with the “race” of the labourers. Their embracing of those new, racist, ideas, moreover, proved quite flexible, even opportunist: with the slow down of Italian immigration since 1902 and the Prinetti Decree, Japanese immigration started in 1908, with any qualms about their non-Whiteness being quickly forgotten.

An important, and usually ignored, part of this equation was the political situation in Brazil, during the final crisis of slavery. According to Petrônio Domingues, by 1887 the slave struggles pointed to a real possibility of widespread insurrection. It was as a response to such situation that, on May 13, 1888, slavery was abolished, as a means to restore order and the control of the ruling class, in a situation in which the slave system was almost completely disorganised.The actual use of the Whitening ideology seems to be peculiar to Brazil, and was not seen in Europe or the United States. Many Europeans believed that the mixing of races would produce degenerate offspring and they feared mixing could become a threat to the white race. In the United States, a barrier between black people and white people was formed by segregation, which forbade the mixing of the two races. In the 1910s and 1920s, many states in the Southern United States passed the “one drop rule”, which classified a person with any African ancestry, no matter how small or remote, as black.

Brazil on the other hand did not have the barrier of segregation, and the Portuguese were more accepting of miscegenation. Brazil was also already a multicultural society that already had a mixed-class. When scientific racist beliefs and ideas became more prominent in the 1850s, Brazil’s society felt they needed to find their place in the social order and to do this they needed to solve their problem with the supposedly inferior races. Because they already were a multicultural society, the Whitening ideology was a perfect solution. Most Brazilians thought this approach was a far better one than what the United States had done. A Brazilian statesman compared the United States and Brazil by saying,

“ Now comes the necessity to devise some method of dealing with it [the Negro problem]. You of the United States are keeping the black people as an entirely separate element, and you are not treating them in a way that fosters their self-respect. They will remain a menacing element in your civilization, permanent, and perhaps even after a while a growing element. With us the question tends to disappear, because the black people themselves tend to disappear and become absorbed.

Another factor, also usually neglected, is the fact that, regardless of the racial notions of the Brazilian elite, European populations were emigrating in great numbers – to the United States, to Argentina, to Uruguay – which African populations certainly weren’t doing, at that time. In this respect, what was new in “immigration to Brazil” was not the “immigration”, but the “to Brazil” part. As Wilson do Nascimento Barbosa puts it,

The influence of racist pseudo-scientific ideologies, then prevalent among the educated elites in the Western World, may have caused the Brazilian government to believe that the Brazilian national identity could only be built in the base of European immigration. However, other factors were possibly at work here, such as the necessity of bringing permanent immigrants (avoiding a phenomenon similar to the golondrina migration to Argentina was certainly a concern), implying the necessity of bringing immigrant families instead of lone individuals, and considerations about language, religion, and other cultural issues. Nevertheless, these government positions were never unopposed among the ruling landed class, which often pressed

for a more lax policy on immigration, particularly when there was labour shortage.

The Lei Áurea set off a reaction among slave owners, which contributed to the erosion of the political foundations of the monarchy. After a few months of parliamentary crises, the Emperor was deposed by the military on November 15, 1889, and a Republican government established.From 1904 to 1930, 2,142,781 immigrants came to Brazil – making an annual average of 79,000 people. In consequence of the Prinetti Decree of 1902, that forbade subsidised emigration to Brazil, Italian immigration had, at this stage, a drastic reduction: their average annual entries from 1887 to 1903 was 58,000. In this period they were only 19,000 annually. As a consequence, immigration of non-Europeans was organised, with Japanese immigrants arriving from 1908 on. The Portuguese constituted 38% of entries, followed by Spaniards with 22%. From 1914 to 1918, due to World War I, the entry of immigrants of all nationalities decreased. After the War, the immigration of people of “other nationalities” redressed quicklier than that of Portuguese, Spaniards, and Italians. Part of this category was composed of immigrants from Poland, Russia and Romania – whose emigration was prompted by the collapse of the Russian and Austrian-Hungarian Empires in the aftermath of the First World War – but part by non-Europeans, mainly Syrian and Lebanese people. Both subgroups included a number of Jewish immigrants, who arrived in the 1920s. Overall, European immigration remained clearly majoritary during the period, though Japanese immigration grew, and attempts to restrict immigration to Europeans, on racist bases, in 1921 and 1923, were defeated in the Brazilian Congress; however, attempts to organise Black American immigration to Brazil also failed due to administrative action by the Brazilian consulates in the United States, that systematically denied visa to Black applicants, on confidential orders by the Brazilian Foreign Affairs Ministry.Whitening in Brazil is a sociological term to explain the change in perception of one’s race as a black or mixed race person rises in the class structure of Brazil. Racial whitening in Brazil is a social concept that is deeply rooted in the history of the nation.

Similar to that of the United States, Brazil experienced massive colonization by Europeans and importation of Africans in the 18th and 19th century. This type of political and social climate inherently represses a group of people while one group dominated the other. In the case of Brazil, the white man rose to the top of the social ladder, which left the African slaves and the future Afro-Brazilians repressed for generations to come.

Whiteness in Brazil is often defined at the intersection between race and class. In Brazil, one’s racial classification is not only dependent on skin color, but is also influenced by the perception of self and the perception from others. Compared to the United States, race in Brazil is not often defined based on the biological make-up of a person. As described by Omni and Winant, racial formation is “the process by which social, economic and political forces determine the content and importance of racial categories, and by which they are in turn shaped by racial meanings”. This suggests that race is defined by social forces and the individual. In Brazil it has been said that race exists on a spectrum and can change based on a number of factors such as social class and educational attainment.

Class and education have an influence on the perceived whiteness of an individual. The Brazilian class system is heavily influenced from the history of slavery and colonization. This puts people who identify as white at the top of class system and those who identify as black at the bottom of the class system. Upward mobility is possible in Brazil, but very rare. An aspect that influences the upward mobility of individuals is education. According to Telles, greater education leads to greater whitening. This suggests that one who achieves higher education can be perceived as whiter. Nonetheless, North American anthropologist John F. Collins has suggested that ideologies of whitening have declined markedly, at least in the northeastern state of Bahia. According to Collins, one novel aspect of this shift is not simply a supposedly novel, recent, emphasis on blackness over whitening among many Bahians, but the invocation and generalization by the end of the 20th C. of specific forms of explicitly genealogical imagination that support racial or ethnic identity. 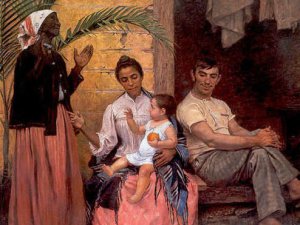 A study was done by Chinyere K Osuji on racial boundary policing of Black-White couples in Brazil. Her study shows how race and class are intertwined in order to produce inequality among Brazilians in interracial marriages. Though the idea that interracial marriages in Brazil are used for racial whitening has disappeared since the early 1900’s, many interracial couples still feel as though their partnerships are being stigmatized by outsiders. Ethnoracial boundaries continue to divide people of different racial phenotypes as a way of creating distinctions and keeping order in multi-racial societies such as Brazil. Black women are often hypersexualized, and black men are looked down upon for having married a white woman. Whiter Brazilians engage in oppressive othering by speaking or looking at others in ways that make them feel inferior.

It is important to note that the particular deployment of the concept of racial whitening may be unique to Brazil. Brazil’s apparent flexibility in racial classification system and Brazilians’ ostensibly unique interpretation of racial belonging girds this idea. Future research ought to be done elsewhere to see where else this idea of racial whitening exists