A whole institution was created on a lie! You can disagree if you want but the evidence in documented.SG64

by Julia Fridman
The Exodus is arguably the most famous of all of the Biblical tales, yet there is no real evidence that it ever actually happened. At least, not the way that the Bible says it did.
This is not to say that archaeologists have not looked. Many have tried to find some evidence, any evidence to grab onto. Nothing tangible has ever been found. At the very least, one would expect that a large group of people wandering around the desert for 40 years would have left some kind of material evidence. If they did, we haven’t found it.

In contrast, archaeologists have discovered ephemeral hunter-gatherer sites in the Sinai from the Neolithic period. One could expect that signs of the wandering Israelites would be found as well, if there were any.

So if the Exodus that Jews tell every year on Passover didn’t happen, at least as told, where did this story come from?

One possibility is that it’s a fable made up by ancient scribes and priests to give hope to a conquered and exiled people, scattered and thrown to the winds by the Assyrian and Babylonian empires. Another is that there really are kernels of truths hidden deep in the tale.

Some suggest that there are clues to actual historical narratives in these texts.

Regarding the birth of Moses, for instance, one possibility is that the Israelite storytellers adopted the traditional tale of King Sargon the Great of Mesopotamia, whose reign dates back to the 22nd and 23rd centuries BCE. It is said that he was laid in a basket and set in the river as a baby.
“The Exodus tradition is an old one,” says Prof. Israel Finkelstein of Tel Aviv University. “In the Northern Kingdom of Israel, it was already well-known in a written form in the first half of the 8th century BCE, almost 3,000 years ago,” he says – which means the tradition was formulated centuries earlier.

“It is important to understand that the written text we know is later in date; it was compiled in the 7th to 6th or 5th centuries BCE. In short, we are dealing with an old tradition with several layers representing centuries of transmission and writing,” Finkelstein explains. 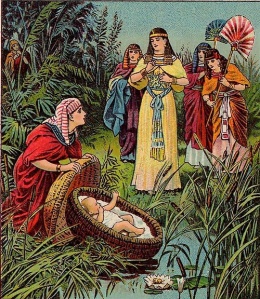 Another scholar, Prof. Christopher Rollston of George Washington University, suggests that the biblical narratives about Passover, which speak of the Plagues and the departure from Egypt, can be understood “most readily as a majestic confluence of historical memories of the sojourning of ancient Semitic peoples in the land of Egypt. There may be evidence of a long oral history combined with the use of the rich literary tableau of the ancient Near East in the telling of some of the stories of Exodus.”

An ancient memory of expulsion

The most logical possibility is that the Exodus tale is actually an ancient memory of the Egyptians overthrowing and expelling the ancient Semitic rulers of the Nile Delta – known as the Hyksos.

This theory was initially proposed by Egyptologist Prof. Donald Redford in a 1987 paper entitled “An Egyptological Perspective on the Exodus Narrative.”
This theory makes sense to anyone following the more than 40-year-old excavations at Tel El Dab’a by Prof. Manfred Bietak. The wealth of knowledge attained from that site has been incredible.

Most importantly it uncovered an enormous amount of physical evidence of a Semitic people called the Hyksos, or ‘Rulers of Foreign Lands,’ by the Egyptians.

Though their origin remains mysterious, it is known that the Hyksos arrived in Egypt from Canaan and lived among the Egyptians for some time, at least from the 12th Dynasty, before their ultimate rise to power. They reigned over Lower Egypt from the 15th to the 17th Dynasty (1630–1523 BCE).

The Hyksos’ connection to Canaan or the Levant is proven by a wealth of archaeological, textual and artistic remains found throughout Egypt, most notably in the ancient city of Avaris, known to archaeologists as Tel el Dab’a. These people left a strong mark on the Egyptians, most readily seen in the adoption of a Levantine goddess who was absorbed into the goddess Hathor. 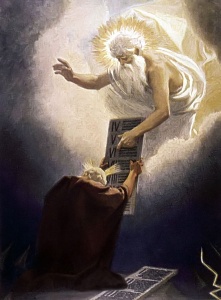 The Hyksos were defeated and expelled from Egypt by the 18th Dynasty pharaoh Ahmose. The Rhind Mathematical Papyrus, dated to around 1650 BC, tells that Ahmose conquered Tjaru before attacking the Hyksos’ capital in Egypt, Avaris. In fact recent excavations at Tel Habuwa, which is associated with the site of ancient Tjaru, found archaeological evidence of Ahmose’s campaign. There is even ancient Egyptian wall art showing Ahmose defeating the Hyksos (see herein).

It is unlikely that all the Hyksos were physically kicked out of Egypt. It makes more sense that some remained and were subjugated, possibly becoming a lower class, and that a memory of that event would have been passed down in oral tradition.

The existence of Semitic people in ancient Egypt is not in doubt. Middle Kingdom Egyptian texts from the 11th and 12th Dynasties have a growing number of Semitic names, demonstrating the presence of Semitic peoples in Egypt at this time, Rollston explains. “In addition, we have beautiful tomb paintings from the Middle Kingdom showing Semitic peoples in Egypt. And more: based on archaeological and textual evidence for the Hyksos Dynasty in Egypt, it is clear that these Semites became so powerful during the 2nd Intermediate Period that they ruled portions of Egypt for a time,” he adds.
“Oral transmissions of the stories about that first Pesach, the plagues, the exodus from Egypt, and the crossing of the Yam Suph [the Red Sea] are among the most beautiful stories of the entire Bible,” Rollston says . “Moreover, much as they are recited today in the Magid (the telling of the Haggadah), so also these same stories would have been told and retold each year, and with each retelling the story could be re-envisioned, recontextualized, re-lived. The tradition growing in beauty with each retelling.” 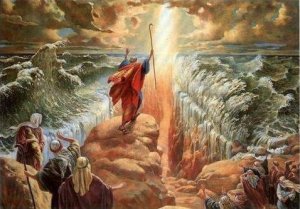 The story would also have changed with each retelling as well, each embellishment adding a new element to the tale.

As for the plagues, some scholars suggest they were actually an ancient memory of the after-effects of the fallout of the eruption of Thera in the 18th century BCE (the exact date is still debated). The eruption would have had an effect on the environment around the Mediterranean basin. Pumice stones from the blast have actually been found in Egypt at Tel el Dab’a.

So how to do eminent archaeologists reconcile the facts on the ground, or lack thereof, to that of the Jewish holiday of Passover? For him, Finkelstein explains, “One must put a clear line between research and tradition. Therefore, at the Seder, when we read the Hagadah, for one evening every year, it is all history for me.”

People will commit crimes to make their views come/seem true in their minds, if you are unfortunate enough to be in the company of a person or people like this…….Run!!!! SG64